Sarah Collins, Woman of the Future 2016 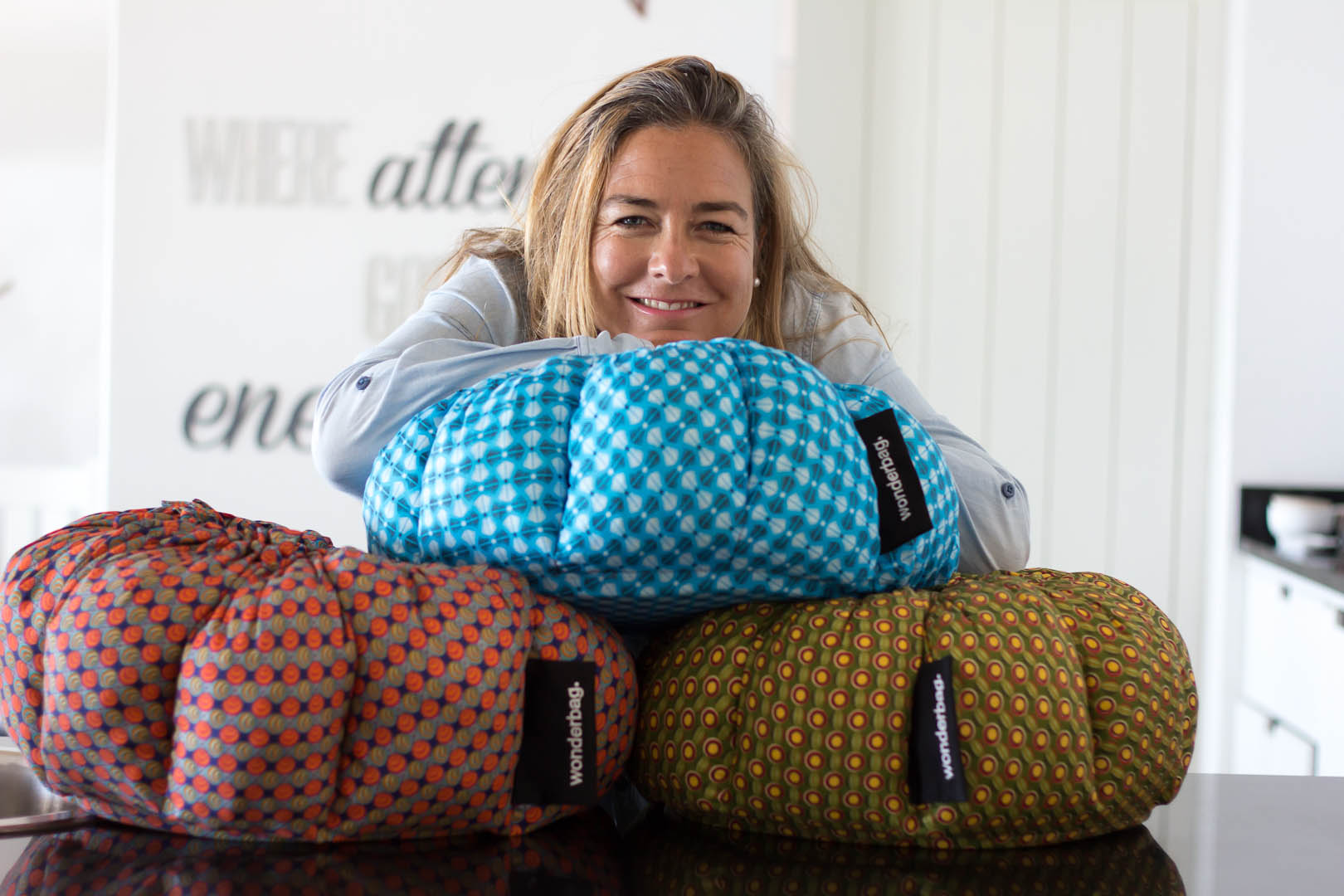 The Wonderbag is taking both the business and the humanitarian world by storm. Created 11 years ago by Sarah Collins, the Wonderbag is a heat-retention cooker that allows food that has been brought to the boil through traditional cooking methods to continue cooking for up to 12 hours without using additional energy.

Since winning the Woman of the Future award in 2016, Sarah has continued to receive multiple awards worldwide, including the World Economic Forum’s Woman of the Decade in Entrepreneurship award. She has also been featured in prominent international publications such as Time and Forbes.

‘It’s been such an incredible journey,’ she says. ‘The Wonderbag has really driven me to excel – it has forced me to be my best self because it has become so important in communities all across Africa as well as international federations like the Red Cross.’

Her ultimate goal is to empower women across the continent by assisting them in gaining independence and economic freedom. ‘Unless we empower women, we are not empowering societies. Women are the guardians of our future generations,’ she says. ‘If a mother is disempowered, her chances of empowering her own children are that much lower.’

In Ghana, women who used the Wonderbag increased their income from $0.20 to $2 a day and there are currently 10 000 active Wonderpreneurs globally. (Wonderpreneurs are people who use the Wonderbag to make food and then sell it as a means of income.)

She has also discovered that when the Wonderbags are donated to communities, their usage averages at about 54%. But if the product is subsidised and sold at an affordable price, the chances that community members would use it shoots up to 90%.
‘People prefer to purchase something and understand it and know that the demand comes from them, rather than from some patriarchal system that says, “You need this” without the buy-in from the community or the person doing the cooking,’ she explains.

It is this marriage between a ‘community-based humanitarian model and private sector mentality and infrastructure’ that has captured the world’s imagination. ‘I’ve broken new ground,’ she adds. ‘It has been so pioneering that I have registered this project as a climate-finance project, where carbon credits are issued with the Wonderbag. These carbon credits can then be invested back into communities, which will ultimately assist them in becoming income-generating communities.’

Her technological innovation has not gone unnoticed. In September 2019, Sarah was awarded the Ardent Techie Award at the 21st Century Icon Awards in London. ‘I am incredibly proud of it because they wouldn’t have given me the award unless they fully understood my business,’ she says. ‘The award is basically for someone who has passionately and determinedly forsaken all else to stick it out with unusual technology –combining ancient technology with current technology.’ Time also listed Wonderbag among other tech forerunners such as Airbnb and Fortnite developers, Epic Games.

Despite all the accolades, she is acutely aware of the ‘profound impact’ that the Woman of the Future award has had on her. ‘I’ve won many awards around the world – and I’m not really about winning awards. I’m [also] not keen on being in the public eye. It’s taken a big toll on me and my personal life. But to be recognised in your own country by an extraordinary panel of judges that included Thuli Madonsela, is amazing. And because of these awards, my story reaches people who would otherwise not know about the work I do.’